one of the most prolific breeders in my fishroom, F0 Amphilophus hogaboomorum.  It seems like they have fry about every three weeks.  Most of the fry I remove shortly after they begin swimming.  TO be honest, most are used as food for other grow out cichlids.  I have a couple dozen juveniles throughout my various tanks.

Here's momma Hog tending to fry that have been swimming for about three days. 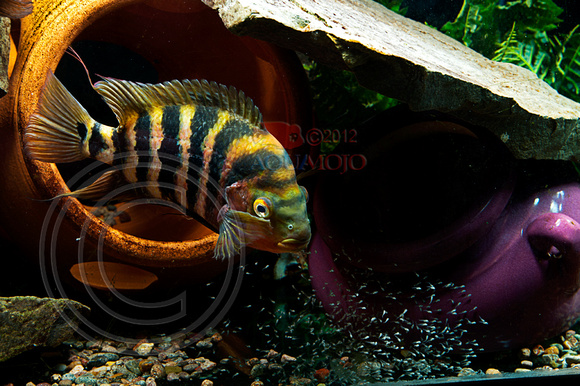 In order to get the shot above I simply had to put my finger against the glass to rile up her natural instinct to protect the fry.  Done...she raises er beautiful dorsal fins displaying some impressive trailers.

Both male and female are very attentive to their new batch of fry...dad on the look out for threats from the other side of the tank, mom doing a close up inspection of the fry. 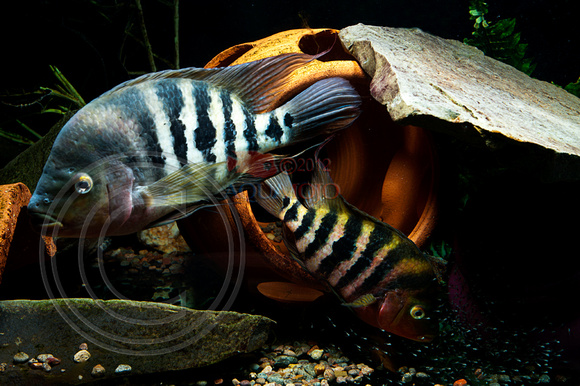 Occasionally the fry will spread out abvoe and alongside the breeding area.  When that happens the male always lends a hand in rounding them up again.

The female constantly reminds her mate to pay attention to the job at hand...not too far off base from men and their weekend "honey-do" lists handed down by the lady of the house. 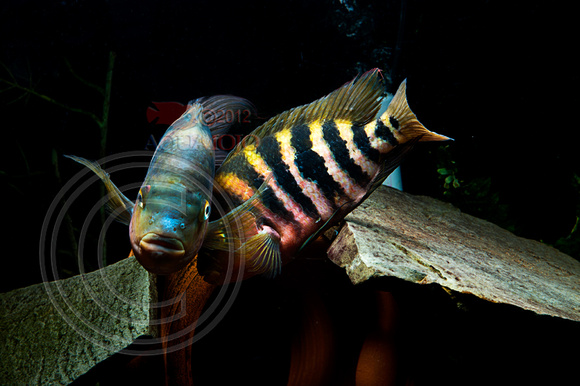 Female taking a break from the action to see if any fry has strayed outside her area of protection. 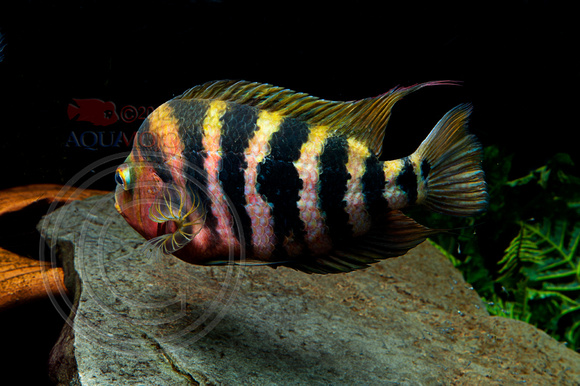 Nice photo of the "third wheel" male that lives on the other side of the tank...no doubt admiring the ladies "trailers". 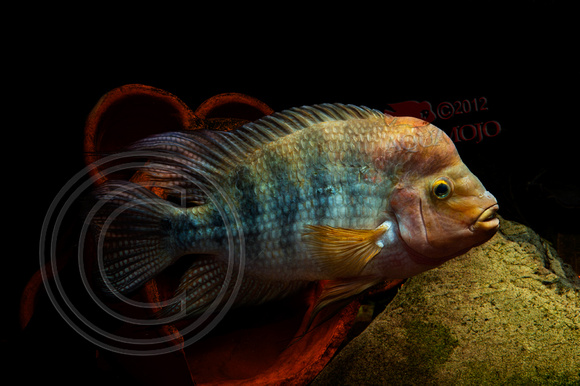